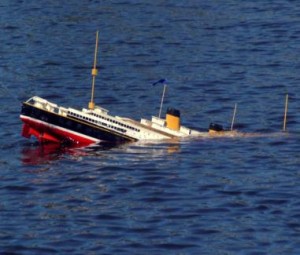 Put simply, QE2 does not address the fundamental problems that the U.S. economy faces. It is preposterous to think that reducing medium term interest rates by 25-50 basis points is going to lead to a significant increase in GDP and a reduction in unemployment.

After much anticipation, the second round of quantitative easing – QE2 – was announced November 3, 2010. Indeed, there was very little surprise. Market participants had expected $500-$700 billion of bond purchases and the Fed announced $600 billion. These purchases will happen on a regular basis through June of 2011.

It works in the following way. The Fed will be in the market buying Treasury bonds mainly in the 5-10 year range. The $600 billion size means that the Fed will be effectively buying most of the newly issued Treasury debt in this maturity range. This is in addition to the purchases being made with the income and maturing bonds from the first round of QE. This increases the amount of buying to approximately $800 billion.

The Treasury needs to issue debt to finance the sprawling fiscal deficit. The Fed buys the debt. It is added to the balance sheet as both an asset and a liability. In the end, the Fed’s balance sheet will grow to a staggering $3 trillion which is 20% of GDP ($3 trillion/$15.03 trillion – projected 2011Q2 GDP assuming 3% nominal annualized growth). The 20% of GDP puts us in an exclusive club — second only to the 23% held by a country with a great monetary policy track record — Japan.

Fed buying will increase the price of the bonds. Increased prices will reduce interest rates. There will be an indirect effect on other securities, such as corporate bonds and mortgage backed bonds. Given that the Fed is buying such a large proportion of new issues, it is hoped that other fixed income investors will shift some of their demand to mortgages and corporate bonds. This will increase prices and reduce interest rates. This will make corporate financing cheaper and presumably drive down the mortgage rate.

There is a secondary effect. As U.S. interest rates go down, the U.S. is presumably less attractive on an investment for foreign fixed income investors. This may put downward pressure on the exchange rate. A cheaper exchange rate means that exports are more competitive and imports are more expensive.

Of course, the Fed has to do something. Their mandate includes both price level stability as well as full employment.

In the first round of quantitative easing, the Fed used bullets. There were many innovative programs that addressed the financial crisis. Short-term interest rates were dramatically driven to zero. The short-term interest rate tool is not available any more because interest rates can’t go negative. Hence, other types of ammo are being used – and this ammo is far less effective.

2. Impact on rates will be trivial

Some of my colleagues have written a paper on the impact of a $500 billion QE. It is available here. The impact is likely in the range of 25-50bp. Some of the impact is already incorporated into the bond prices because the size of the QE was highly anticipated. It is really unlikely that 25-50bp in medium term interest rate yield reduction will have a sizable impact.

3. This will not revive the housing market

So what if mortgage rates are reduced by 25 basis points. Will this breathe life into the housing market? Very unlikely. Rates are already cheap. People don’t want to buy a house because they know that there is both a huge inventory of unsold houses today and another wave of shadow inventory coming in the future as foreclosures continue. The risk of housing prices going down further is massively more important than a mortgage that is 25 basis points cheaper. Furthermore, there is a huge number of consumers that cannot refinance and take advantage of cheaper rates because they owe more on their mortgage than their house is worth. That was true before QE2 and after.

4. Consumers will not increase spending

It is possible that there is a trickle down effect whereby consumer credit rates are reduced a little bit. Again, consumers are worried about the decreased value of their housing stock, their ability to hold onto a job, and, eventually, building up their savings. This is not the time to go on a consumption binge.

5. Corporate cash is already out there

U.S. firms are sitting on $1.5 trillion in cash. The Duke-CFO survey showed that these firms are unwilling to deploy the cash because of: 1) uncertainty in the economy and 2) they were afraid that their usual method of financing (through banks) might dry up in a second leg of the credit crisis. QE2 does not address either of these problems.

6. QE2 does not fix the problem with financial institutions

While some corporations are sitting on cash, there are many corporations that need financing for quality projects — yet they cannot get this financing. The Duke-CFO survey showed that for small and medium sized businesses credit conditions deteriorated for more than one third of them – compared to 2009. These firms have projects that they deem high quality that will help economic output and increase employment – yet they are refused financing. Why? Right now, there are many banks that are in survival mode. There are more than 400 banks on the FDIC watch list and many more that should be on the watch list. In my opinion, the best way to get the financial system back to healthy condition is to purge these weak and often zombie banks. Their quality asset would be assumed by strong banks making them stronger. The FDIC would have to unwind all the garbage. Everyone knows that small and medium sized businesses are the drivers of growth and employment. Why is it that so little attention is paid to the fact that they are still in credit crisis mode?

7. The USD is unlikely to fall that much

Yes, it is true that lower interest rates would usually put downward pressure on the U.S. dollar. Indeed, the trade weighted dollar has already declined. However, there are some countervailing forces. First, the U.S. is still the safest place to invest. Europe is not very attractive and few want to touch Japan. Second, there could be action by other countries that could mute the effect on the exchange rate. Third, the reduction in rates is so small that I seriously doubt the effect on the dollar would be meaningful.

In 2003, interest rates were driven to 1% (which was a huge negative real interest rate) by the FED because employment was slow to come around after the end of the 2001 recession. We all know what disastrous consequences this policy of not just cheap – but subsidized – borrowing caused. Financial institutions levered up with the subsidized funding. Consumers did mortgage equity withdrawals as they refinanced at below market rates. Housing prices went crazy. I think that most economists would agree that the Fed has much more power over inflation than employment. Yet part of their mandate is full employment. The latest policy is aimed at employment (though cloaked with concern about inflation being too low). It is best for the Fed to focus on inflation.

The good news is that the Fed is only doing $600 billion in QE. It could have been worse — like $1 trillion.

What We Should be Doing

As you know, I have long been an advocate of short-term pain to build the foundation for longer-term gain. Right now, we are treating symptoms rather than the underlying problems.

The only way to do this is to do a painful purge of our financial system. There could be 1,000 banks that need to go down. We need to end the “extend and pretend”. We need to shutter the weak and reallocate their good assets to the strong — to make them stronger. The bad assets would be unwound over a number of years by the FDIC. This would make our financial system much more secure and increase the chance that quality projects get funded. This, in turn, leads to higher growth and higher employment. We have twiddled our thumbs for three years making only incremental changes. We have very little to show. Our financial system is still broken. Well, let’s try to fix it – and lowering medium term interest rates by 25bp does not fix it.

While it is painful, foreclosures must increase. It does not make sense that people who have not paid any mortgage payments since 2007 are still in their (or the bank’s) house. Yes, I know that some were misled by banks – and hopefully changes in lending practices will reduce the chance this happening again. Yet many, many others, brazenly did mortgage equity withdrawals (increasing their debt) thinking that the housing prices would continue to rise. Houses are just like any asset. They are risky. The risky bet did not payoff. The overhang of all the future foreclosures is paralyzing the housing market. Better to get it over with.

Put our fiscal house in order

This is not some sort of U.S. political endorsement – unless you think Chancellor Angela Merkel is a Tea Partier. Do you notice the divergence of approaches between the U.S. and Europe. Europe is going into austerity mode. There is very limited new QE in Europe.

The main problem we face is economic uncertainty. Much of that uncertainty is driven by the massive imbalances. There are two big ones. First, the U.S. government fiscal deficit is running on an unsustainable course. Bold, bipartisan action is need to put our house in order. Second, there are staggering unfunded liabilities in terms of social security, medicare, and government pension plans. The net present value of these liabilities are many times our current GDP. Again, this is not sustainable and policies must be changed.

Given there is little political will to make tough choices that are good for the long run but painful in the short run, we are stuck.

How do you explain world stock markets rising 2% after the QE2 announcement? I think there will be some sober second thoughts. QE2 does not address the fundamental problems.

This entry was posted in Finance and tagged QE2, Quantitative Easing. Bookmark the permalink.

5 Responses to Why QE2 Won’t Work