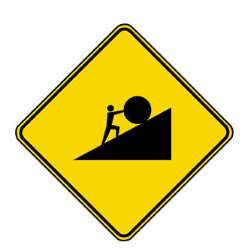 Economists are split as to whether there would be any real benefit to a third round of QE.

I will present new evidence from a recent survey of 450 U.S. Chief Financial Officers that suggests a new wave of QE will have little or no effect.

The Drivers of Growth

Everyone agrees that we need growth. Growth puts people back to work and growth reduces the fiscal deficit. The real issue is how to get the growth. Some advocate a Keynesian-style stimulus which others think this will have a negative effect in the longer term.

Current non-residential investment is weak. In last month, Duke-CFO survey of 400 executives, nominal CAPEX was expected to grow by only 4.9% over the next year. While this is much better than the negative numbers of 2009, it is not enough to drive meaningful growth. In addition, residential investment (housing) has been lying fallow.

Of course, there are other growth drivers. However, it is naive to think that exports can lead growth given the recessions in Europe and Japan and the slowdown in China. Government is a negative contributor to growth as both the federal and state governments reduce their expenditures in the face of revenue shortfalls. In addition, consumers continue to deleverage and are an unlikely engine of growth.

In contrast, corporate America is sitting on a vast cash hoard — some onshore and some offshore.

So what can the Fed do?

The Fed has a dual mandate: price stability and growth. Prices are already stable.

While the Fed essentially controls short-term rates, it only influences long-term rates. The famous Greenspan “conundrum” refers to a situation where the Fed was trying to influence long-term rates and failed.

At the last FOMC meeting, the Fed extended the so-called Operation Twist. The Fed agreed to spend $267 billion to buy long-term bonds and finance it by selling shorter-term bills. The idea is that buying the longer-term bonds bids prices up thereby reducing yields. The predicted effect would be to lower long-term interest rates.

Yes, there are other options which might include lowering the 0.25% interest rate it pays on reserves to zero to spur banks to lend money rather than park it with the Fed. It is possible to purchase other assets (in an indirect way) which might lower interest rates on corporate bonds. They might even copy the Bank of England’s scheme to subsidize bank lending.

The common theme is reducing the cost of borrowing.

However, the Fed is missing something very basic. The cost of borrowing is already very low. The yield on Moody’s Baa rated bonds is only 4.8%. The highest grade bonds, the Aaa, yield is only 3.3%. These rates are rock bottom– and we haven’t seen levels like this in 50 years.

Lowering the interest rate a little more will not have any measurable effect.

Let’s consider the reasons why.

In the recent Duke-CFO survey, we dig deep into this investment process.

1. The Firm’s Cost of Capital

This number surprised us because it was higher than we expected. In a different part of the survey, we ask about expected returns on equity and the same CFOs pegged a 6.2% total annualized return over the next 10-years. We know the cost of reasonably risky corporate debt (Baa) is 4.8%. The after tax cost is, say, 4%. How do you average 6.2% and 4.0% to get 9.0%!?

It is fair to say that this cost of capital includes some ‘other’ risk contingencies.

However, the story does not stop here.

Most firms do not approve every project that exceeds their cost of capital. They are looking for a target return above the cost of capital to maximize the returns to their shareholders. We asked the same firms for their hurdle rate.

Essentially, firms are adding a cushion for contingencies. The cushion is large. The gap from 9.3 to 13.5% is 4.2%. Considering that their true cost of capital is more likely to be 5-6%, the gap is more like 8%!

But there is even more to this story.

3. What Projects are Pursued?

Next we posed the following question to see how likely it is, in the current environment, that a firm pursues a project that exceeds its hurdle rate. Among projects that exceed the hurdle rate, that CFOs could fund if they wanted to, and that they have the management time and expertise to implement, what proportion are pursued?

The Fed’s version of ‘stimulus’ is to lower interest rates. The logic is that lower rates reduce the cost of investment and makes it more likely that firms invest. Here is where there is a disconnect.

This fine tuning does not work. Given the investment cost is so low, a small further reduction in costs will have little or no effect. Indeed, we asked corporate executives about this, very directly. We asked the following contra question: suppose that the firm just approved an investment project that exceeded the hurdle rate, but unexpectedly, the economy wide interest rates increased by 1% (think of the Baa yield going from 4.8% to 5.8%). What is the chance that you would abandon or delay that approved project?

The disconnect is that the Fed thinks that making small changes in interest rates will drive growth. Corporate America operates differently. They build in large contingencies before they make investments.

Of course, there is a similar logic for mortgage rates. The current 30-year fixed rate is only 3.35%. In addition, mortgage interest is tax deductible. The rates are at historical lows yet the housing market is still sick. It is unlikely that a Fed influenced reduction in an already low mortgage rate would have the desired effect.

There is an extraordinary amount of uncertainty due to a number of known unknowns: a slow moving train wreck in Europe, stubbornly high unemployment in the U.S., four years of trillion dollar fiscal deficits, Iran and other Mid East hotspots, the stalling of the Chinese engine of world growth, and the U.S. November election.

We asked the CFOs why projects that exceed the hurdle rate are not pursued. The answers fall into two categories.

The first is best summarized by a CFO who wrote us, we want “to maintain a strong cash position in the current economy.” Essentially, given the risk, corporate America is playing wait and see. This applies to investment as well as employment decisions.

The second is summarized by another CFO who wrote us complaining about “insufficient capital”. That is, even though the firm might have a great project, it can’t get funding from the bank.

The survey evidence suggests that some small tweak of the interest rate will not drive growth. It would be far more effective for our policy makers to pursue an agenda with the goal of reducing policy uncertainty. The patient will best return to health in a stable environment.