CFOs: Lower Rates via QE3 Will Not Spur Corporate Investment 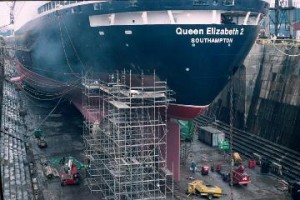 I hope members of the FOMC will read this before their meeting on Thursday. The Duke-CFO Survey, released on September 11, 2012, provides sharp, new evidence that QE3 will not stimulate economic growth. CFOs clearly tell us (647 of 667 CFOs) that their corporate capital expenditures will not be spurred by lower borrowing costs.

We asked CFOs a number of questions to determine the sensitivity of capital spending to changes in interest rates. In usual circumstances, there is a negative relation between interest rates and capital investment (lower interest rates means higher investment). However, our current economic environment is not ‘the usual’ or reflective of a historical average.

One key advantage of our survey is that we can get information about intentions given the current circumstances.

Our results suggest that planned capital investment is insensitive to rate changes.

In the survey (released today), we ask about the possible stimulative effect of interest rate decreases.

667 CFOs responded to the question. For a 50bp reduction in borrowing costs, only 3.0% would initiate, accelerate or increase investment. For a 100bp decrease in costs (which would be an extraordinarily optimist QE), and additional 5.7% would increase investment. In the current environment, investment is insensitive to interest rate decreases.

We were somewhat concerned that some of the respondents had no investment plans. We asked a separate question to isolate only those who planned to invest. We then recalculated the above sensitivities. For those that will be investing, a decrease of 50bp would lead only 2% to initiate, accelerate or increase investment. For those that will be investing, an increase in rates of 50bp would cause only 5.3% to delay or abandon the investments.

In the Words of the CFOs

Here is what the CFOs state (we also asked them to explain their responses):

Today’s capital investment is remarkably insensitive to both increases and decreases in interest rates. The reason for this is that the effective hurdle rates are very high – and builds in a buffer. In other words, before pursuing a project, the CFO already takes into account a +/- 100bp change in the borrowing cost environment.

The bottom line is grim for the prospects of additional QE being successful. Rates are already at 50-year historical lows. Many have noticed the diminished impacts of each non-conventional intervention since the original QE. Our survey shows that even an optimistic impact of 50bp reduction in rates would have little measurable impact on capital spending.

Indeed, it is possible that the speculation about QE3 or QE4 generates additional uncertainty – over and above the heighted uncertainty that already exists in the current economic environment. Uncertainty has a negative impact on capital investment.