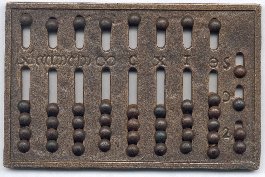 The Business Cycle Dating Committee of the NBER announced on September 20, 2010 that the recession officially ended in June 2009. The Committee looked at a number of indicators. This is the list from their press release and in parentheses the trough date for each:

The website provides the data an graphs of each series. I have some reactions.

It took the NBER Committee 16 months to date the end of the business cycle. This seems like a long time. However, it isn’t — at least compared to the past two cycles.

In the 2001 recession, it took the Committee 24 months to date the end of the recession.

In the 1990-91 recession, it took the Committee 22 months to date the end of the recession.

Both of these recessions were far less complex than the current recession. The 2001 recession is particularly interesting. It is similar to the current episode because of a very slow recovery in jobs.

Employment – or lack there of – is the reason that most people are wondering what is going on. There are 15 million unemployed.

Well, you might say, “the same thing was true” during 2001. No. The situation is way different.

How about this one? Today’s payroll employment is 1.7% below the peak of March 2001. Talk about a lost decade!

There is an important indicator that is surprisingly absent from NBER list: Housing.

The following chart shows the dismal housing situation. The number of starts in August 2010 was 598,000 (annualized). Given I am comparing to previous NBER announcements, consider that in October 2003, there were 2 million starts!

The data looks even worse if you scale by population. Let’s scale the starts by the civilian non-institutional population (civilians over 16 and not in institutions). The most recent data suggests only 0.25% of the population will start a house. This compares to an average of 0.78% (from 1976). This compares of 0.89% in October 2003 (when the last recession was declared over).

The dating of a recession doesn’t really matter. While I would argue that the historically unique unemployment situation and the depression in the housing market should have been taken into account, in the end, it doesn’t really change anything for the 14.8 million that are unemployed and the multiple millions that have given up looking for a job. It would be, however, a mistake to have an attitude that “the recession is over, let’s move on”. It is not clear the recession is over other than in terms of the official designation.

This entry was posted in Finance and tagged housing starts, NBER recession, Unemployment. Bookmark the permalink.

One Response to Recession Calculus?